This special issue celebrates not only 50 years of the Organisation of African Unity (OAU) and its successor, the African Union (AU), but also the life of the late Tajudeen Abdul-Raheem, a staunch Pan-Africanist. Some of the themes of this issue are set out, as well as future challenges facing the AU and Pan-Africanists

STATE OF THE UNION
Dlamini Zuma

Address by the Chairperson of the African Union Commission, H.E. Dr. Dlamini Zuma to the Third Pan African Parliament
6 May 2013

Pambazuka News interviewed various leaders of the AU Commission and an Oxfam official about the accomplishments of the AU as well as some of the challenges and future of continental integration. Follow the links below to listen to the interviews:

* The interviews were coordinated by Jeff DeKock, Assistant Professor of Communication Arts, Trinity Christian College, and Coordinator of the Semester in Kenya

THE AFRICAN UNION AT 50: MISSED OPPORTUNITIES AND LESSONS FOR THE FUTURE
Yves Niyiragira

Post-independent African leaders have failed to realise the aspirations and hopes of self-determination and unity of the African people. There are five basic steps that AU member states need to take now to put Africans on the path to full integration

The AU is well placed to articulate the Pan-African agenda for the benefit of the people, yet the majority of African presidents are busy with self-preservation and less supportive of initiatives that promote regional and continental integration. When will the Union to stop being a talking and become a serious institution?

WHERE IS NKRUMAH’S UNITED STATES OF AFRICA 50 YEARS ON?
Samwin Banienuba

HOW FAR IS THE UNITED STATES OF AFRICA?
Motsoko Pheko

How is it that 50 years on, the OAU/AU has failed in the main objective for which it was founded? Because the United States of Africa cannot be brought about by leaders who are not Pan-Africanists

CULTURE AND COMMUNICATION AS TOOL OF DIPLOMACY
Dele Meiji Fatunla

Africa is undergoing an artistic renaissance that could be a part of the African Union’s approach in communicating the aspirations of Africa and Africans, engaging Africans in critical discussion and representing the potential strength in the diversity of the continent

THE AFRICAN UNION: IS IT TIME FOR CULTURAL DIPLOMACY TO TAKE CENTRE-STAGE?
Ade Daramy

It is time for the African Union to push for cultural diplomacy in the form of a Museum of African Music, Arts and Culture as an entity for both preservation and a celebration of our similarities as well as the richness of our cultural diversity

There is a need for a cultural rebirth in Africa as part of the radical economic and social transformation of the continent. A new African consciousness that is free from the chains of ‘colonial’, ‘post-colonial’ and ‘decolonial’ must be located in African reference points

Food security has been a major concern for Africans over the decades but, surpringly, the OAU/AU did little to support agriculture and other forms of food production. This needs to change, beginning with effective support for the small-scale farmer

PEACE IN OUR TIME
Onyekachi Wambu

Given that the roots of so much intra-state conflict is lack of social justice, inequality and marginalisation suffered by different groups, strategies on removing these obstacles and building intra-group solidarity should be the key peace-building pan-African project of the next 50 years

In a personal reflection of the late Dr.Tajudeen Abdul-Raheem, a foremost champion of Pan-Africanism in recent years, he is remembered as one who spoke truth to the powerful and the powerless with indefatigable commitment to the poor of Africa

A DIFFERENT ‘JUBILEE’: FRESH CHANCE AT 50 FOR AU ON JUSTICE?
Otsieno Namwaya and Elizabeth Evenson

In accordance with its founding principles, the AU must actively encourage its members to strengthen domestic justice mechanisms and, where they are either weak or blocked politically, to embrace the ICC as a court of last resort

A reflection on five decades since the formation of the Organization of African Unity (OAU), while the Pentagon and NATO escalate their war drive on the continent

AU COMING OF AGE A CAUSE FOR CELEBRATION?
Titi. A. Banjoko

The focus of the next 50 years for the African Union should be to move from being a rigid bureaucracy to an agile organisation, which is able to flex and move at speed in a global society

50 YEARS AFTER, IS THE AU, FORMERLY THE OAU, A SUCCESS OR FAILURE?
Theodore Menelik-Mfuni

In terms of Africa’s decolonisation and integration the OAU and the AU have a mixed score. It is important to allow time for some of the AU’s policies to start biting.

THE BIRTH OF THE OAU
Cameron Duodu

Africans yearn to come and go within the continent without visas; to work where they like; and expect to be treated as if they were ‘home’ – despite being far away from the territorial limits into which they were originally born

In a petition, the organisations say the ongoing widespread and systematic nature of human rights violations in Eritrea underlines the need for continued and urgent action by the African Union

MENELIK EDUCATION exists today because we believe that this harsh reality, faced by millions of Congolese children and their families, should not be overlooked. It is a conviction we share with our partners locally, and spent nearly 10 years advocating for the rights of children in the Democratic Republic of Congo (DRC). We aim to amplify the voices of children, the young (especially young girls), women and their struggle for survival. Through our efforts, we aim to effect change that will ultimately stop this vicious circle of poverty, hunger, discrimination and the lack of access to healthcare and education. In short, we aim to bring about a change to ensure that every child in the DRC, every young girl or woman regardless of race, religion or background, have a fulfilling and enriching life, guaranteed to them as citizens of Congo.

Brutal crimes of violence against women have massively increased and become pervasive in the country. Thousands of women and young girls have suffered due to beating, rape and forced sexual slavery. Just last month (March 2013) a man killed his pregnant wife because she lost his phone sim card. Young girls as young as 6 years old, suffer sexual violence committed by various groups but mostly by those who have power who use it to silence people including those who are supposed to protect them. The situation of increasing violence against women and young girls is as bad in Kinshasa as it is in rural areas. In the East, on top of being attacked by their own, militia from neighbouring countries, also pour inside the country to commit sexual atrocities that are of an unimaginable brutality, which go beyond rape and aim at the complete physical and psychological destruction of women as sexual slaves with implications for the entire society. Women are brutally gang raped, often in front of their families and communities. In numerous cases, male relatives are forced at gunpoint to rape their own daughters, mothers or sisters. Such women often end up being infected by HIV and stigmatised by their families and, if married, they are often deserted by their husbands.

We at (Menelik Education), noted that the security and the justice system is extremely weak and fails to address the problems of violence and that women and young girls survivors of rape lack sufficient care and protection. In the course of our daily work defending the vulnerable in Congolese communities, we noted that rape and other forms of violence perpetrated against women, can constitute a crime against humanity. We call upon the government to comply with its obligations for prosecuting persons responsible for such acts, to ensure that all victims of violence whatever their nature, particularly women and girls, have equal protection under the law and equal access to justice. The government needs to deal with the so called “cultural belief” in some quarters where individuals, communities and officials support and live under a patriarchal system, where a climate of impunity for crimes against women predominates across the DRC and very little is done to stop it or prosecute those responsible for the crimes. The justice system falls short of addressing the problems of sexual violence and women survivors of rape lack sufficient care and protection and, consequently, most survivors are socially stigmatised and/or HIV positive. Even the MONUSCO (UN mission in the DRC), does not have resources and effective mechanisms to deal with such deprivation of human dignity.

While this alarming situation of brutalisation of women and young girls continues in the DRC, it is deplorable that efforts from the international community are targeted at the eastern part of the DRC notably Bukavu a very small part of the DRC, and are not coming forward to condemn these evil atrocities across the DRC. They seem to relegate violence carried out in non-war situation to the private sphere, a practice which put women and young girls’ lives at risk. The message Menelik Education and its Centre de Solidarite Nationale (CSN) is that “violence against women is a crime against humanity”.

In many rape cases, the police, families and relatives of victims, spend more time seeking reconciliation by financial mean between the attacker and the victim family rather than investigating the facts. Over all, the police are poorly organised to deal with serious crimes, particularly those against women. Pay is poor and opportunities for advancement are rare, leaving many police officers dependent on bribes to support their families. People without money or political connections are often ignored.

We at CSN operate on a “zero tolerance” basis, and not only encourage families to take action but support them through this process. We try to force these agendas on local authorities in the areas in which we operate, and they seem to be very responsive.

We regularly visit schools and universities to raise awareness and build links with these schools so that students facing violence or any form of harassment can contact the office for action. Thanks to the work we do in schools, on the 8 March 2013 the Head of all Catholic schools in the DRC wrote a press release in which he informed all the schools staff and students that the CSN was now mandated to operate in all its schools and that our primary mission was to eradicate sexual or other sorts of harassment in schools. To us this is a great step forward and encourages all other schools to follow this lead.

The mission of Menelik Education is for fullness of life for all. We will continue to participate with confidence and compassion in eradicating all forms of violence. We also reiterate the need for all members in Congolese society, to ensure that the innocent are protected and the oppressed are freed.

The survivors of violence in the DRC need moral support to overcome gender-based discrimination and the continuous threat to their life and security. Menelik Education, civil society organisations, the Congolese government and the international community have responsibilities to address this concern.

I welcome comments at: theodore.menelik@menelikpartnership.org

If you would like to support us please get in touch or visit our website at: www.menelikpartnership.org or www.le-csn.org

Theodore Menelik talks about the concept… 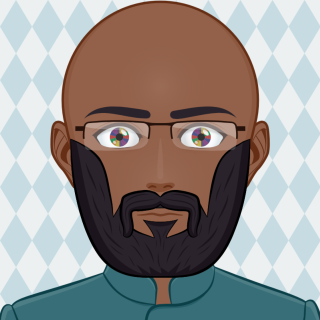 Hi everyone, I am Theodore the CEO of Menelik Education, and delighted to hear from you! My team and I, are currently working on couple sustainable village projects in the DRC with a focus on transformation, empowerment and community outreach. We work a lot in Africa across 5 different countries. We are always keen to take on new projects or work in partnership/collaboration with others. So, if you have a new idea or simply want to get in touch, please do so, we would love to hear from you! Menelik Educ Team: info@menelikeducation.info

What’s happening on the continent….

Keep Informed On Our Work

Enter your name and email address to join our mailing list, and receive news and updates about our inspiring community empowerment work, exciting volunteering opportunities, fundraising initiatives, public events, and other ways to support the Menelik Education,